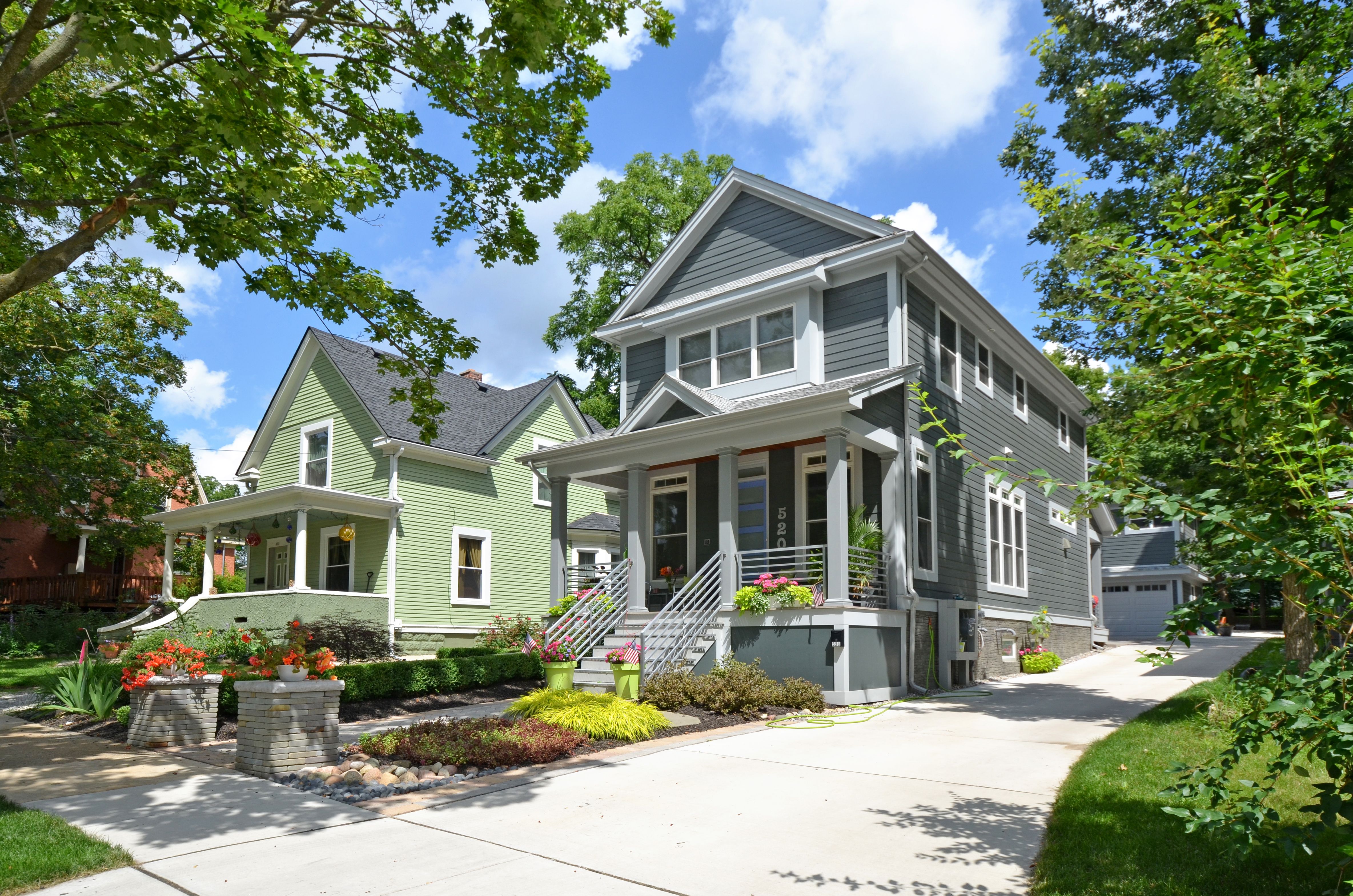 The area around Dicken Elementary is dominated by single-family ranches and two-story homes built in the 1960s. This family-friendly neighborhood is bounded on the northeast by Stadium, on the south by Scio Church, and on the west by I-94.

The older brick homes surrounding the school are simple and unassuming, with tidy lawns on quiet, shaded streets. Small parks are sprinkled throughout the area. Mushroom Park is known for its comical ceramic fungi, Las Vegas Park has a soccer field and playground, and Greenview Park, on the west side of Seventh St., provides a natural retreat for dog walkers and picnickers.

Dicken Woods, at Pauline and Maple, became a city park after neighborhood residents beat back plans to build a housing development there; it remains undeveloped except for new pathways through thickets. Hundreds of condominiums, townhouses, and apartment units are stashed near S. Maple and Pauline, including Country Village, Maple Meadows, Park Place, Surrey Park, and Walden Hills. Residents are close to several shopping centers and to restaurants, gas stations, and the many stores along Maple and Stadium.

On former croplands southwest of I-94 and north of Scio Church can be found the Ravines and Meadowinds developments, with amenities like tennis courts and playgrounds. West of Upland Drive, the 1990s-era Uplands subdivision offers slightly larger brick and wood residences, often with decks, and more housing variety, with a mix of modern and traditional styles. Between the Uplands and Wagner Rd. are the upscale homesites of Tuscany Ridge. Also attending Dicken are residents of the Woodchase Apartments and the subdivisions along Scio Ridge Road south of Liberty. Dicken students go on to attend Slauson Middle School and Pioneer High School.